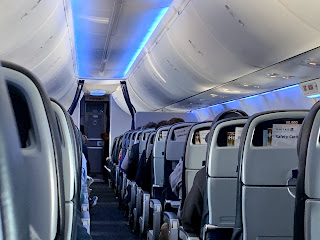 So.. I sit on another flight.  Headed to Los Angeles for meetings.  I have probably boarded at lest a few hundred flights in my career.   Flown from short hops such as NY to Boston or around the globe from recent flights to Rome and San Francisco, to flights around the world including Dubai and Tokyo.

I even flew a few weeks after 9/11 to meet my mother in California for vacation.  I take a rather simplistic view of flight safety. Pilots don’t want to die, and they are very well trained.  So as I am one to stay on the ground instead of riding a roller coaster or climbing a steep hill, flying is generally a non-issue.

Put it more simply, I could not be happier if a flight has power at the seat and good WiFi. The occasional upgrade also doesn’t hurt my mood but honest flying is a means to get where I need to be, and not some grand adventure but definitely appreciated.

I remember my first flight.  Was a Co -Op in Atlanta with IBM.  Was headed to CT for a meeting and I was very calm and thought cool headed until we got caught above, in or around a winter storm.  We ended up landing in a cold Boston, legal seafood (I think) for dinner.  But, to tell you how pleasant the flight was, I remember Beverly showing me where the “bags” were if I got sick.  (I didn’t )

The reason to bring it up today.  Is the discussion about the recent crashes of new new Boeing 737 planes. I know they are generally safe, and a recent press release from Southwest Airlines said these planes have flown thousands of flights safely, added to my confidence.  But, when I boarded this morning to see my flights were on an airbus and an older 757 I was somewhat relieved and a little embarrassed.

So, now it is Wednesday, I held up writing more cause I knew was scheduled on a 737 Max 9 plane and neither wanted to add worry to others or myself.  But, I wanted to get home.  So, I dutifully sat in the hotel for that early webex and then head to LAX early.  Never know about LA traffic.  As much as I enjoyed dinner last night, I really just want to go home.

So, United boards the plane and the President decides six minutes into boarding to ground all 737 MAX airplanes.  I don’t imagine he was concerned about me but we will give him the benefit of the doubt.  The pilot comes on the intercom and says we were cleared to fly before the announced grounding so we can go, but he is going to ground the plane.  I wasn’t worried but appreciated his predicament, assume most of us would yield to safety.  So, here I am sitting on an emptying plane.  The guidance was to wait at the gate to hear more.

But, I am Silverman.  We weren’t raised to wait around for help.  So, I go onto the delta app thinking maybe switching airlines in middle of chaos would be a good idea.  There was a reasonable option through Seattle   Then I checked the United app and they had already posted options to rebook through sfo and I am on my way. Still will get in late, but here I go while others wait for an update.

So, I sit here for an early dinner and ready to fly home, safe and sound ! 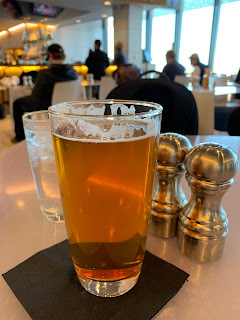 Not sure of where this is going, but join me in an adventure if you choose.