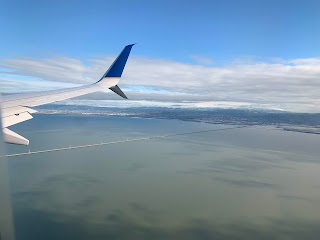 It was a week ago, the morning of Saturday February 9th, and I was on a flight at the beginning of the year. What are the odds that I am not on the way to some holiday but rather headed to a conference? If you have happened to follow my blog for more than a year, you are probably not surprised that I ended up at an IBM conference. 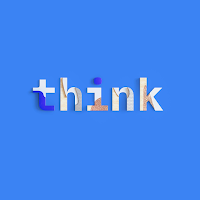 This year was “Think 2019” in San Francisco.  After years too many to count of conferences in Vegas, it was nice for a change of scenery even if it came with its own set of challenges.

While Vegas swallows up conventions easily, most cities don't have the abundance of hotels with thousands of rooms jammed next to one another nor the short distances between venues.  It also didn’t help the cause that the weather was rainy and cold most of the week.  San Francisco is a great city, but its ability to handle the crowd of over 26000 IBM employees, customers and fans was a challenge.

Interestingly enough, at this conference I played the role of a chameleon.  On one side in support of the launch of a new IBM Partner program, Business Partner Connect, that In recent weeks, has had me waking up at 4 AM almost every morning, worried about details of the launch, the schedule of a week of meetings, events, and even an occasional early trip to the gym.  Since, it is also in my DNA to worry, about the broader team putting in the countless hours for the launch. 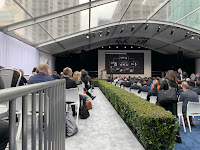 The main launch event was on Tuesday, with rehearsals Monday night, and I must admit that the event was a great success with great partners on stage and at the matchup event, and a standing room crowd for the IBM executive team’s presentation and demonstration of the new program. 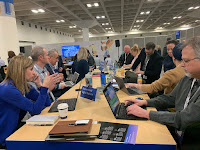 This past week, I did a brief presentation and demonstration on Thursday and helped partners every day reserve rooms and meetup for their collaborations at the event. 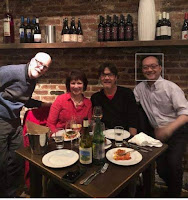 On the other side, I continue to joyfully support iSOA Group as I have for the last eight years.  Between customer and IBM meetings, and some great company is a great complement to the work I am doing directly with IBM.

Rounding out my chameleon-like superpower, I work for DeLaune and Associates which is under contract in support of the IBM program and its launch along with additional discussions about the agency and capabilities to help IBM and partners as well.

Unlike many, I actually enjoy conference and booth work, and I am enough of a ham to enjoy presenting as well.  I am not naturally an extrovert, but after 30+ years I have learned to enjoy the energy and crowds for a time and it is also good to feel the energy surrounding IBM, or other conferences I have attended over the years, and will write more about that in the near future. 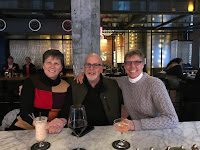 And, even found time for meeting up with some great friends before heading back home to Austin,  Patti and Elizabeth thank you for rounding out a great week ! 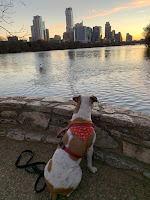 Headed back home to Austin, this morning and hopefully life back to 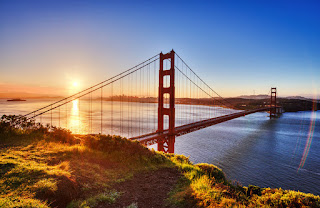 For all of you I met and reconnected with at Think 2019, thank you for helping make this week such a good one for me even with the chilly temps and wet weather and as I look to next year Think 2020 will be back in San Francisco in May and have a feeling I will be back in the bay area once again.

With the many years of experience in the channel and with IBM, I appreciate your perspective very much, Brian and am so thankful you are here to assist us grow and be a better solution partner to our clients. I look forward to working with you and your team!

Not sure of where this is going, but join me in an adventure if you choose.